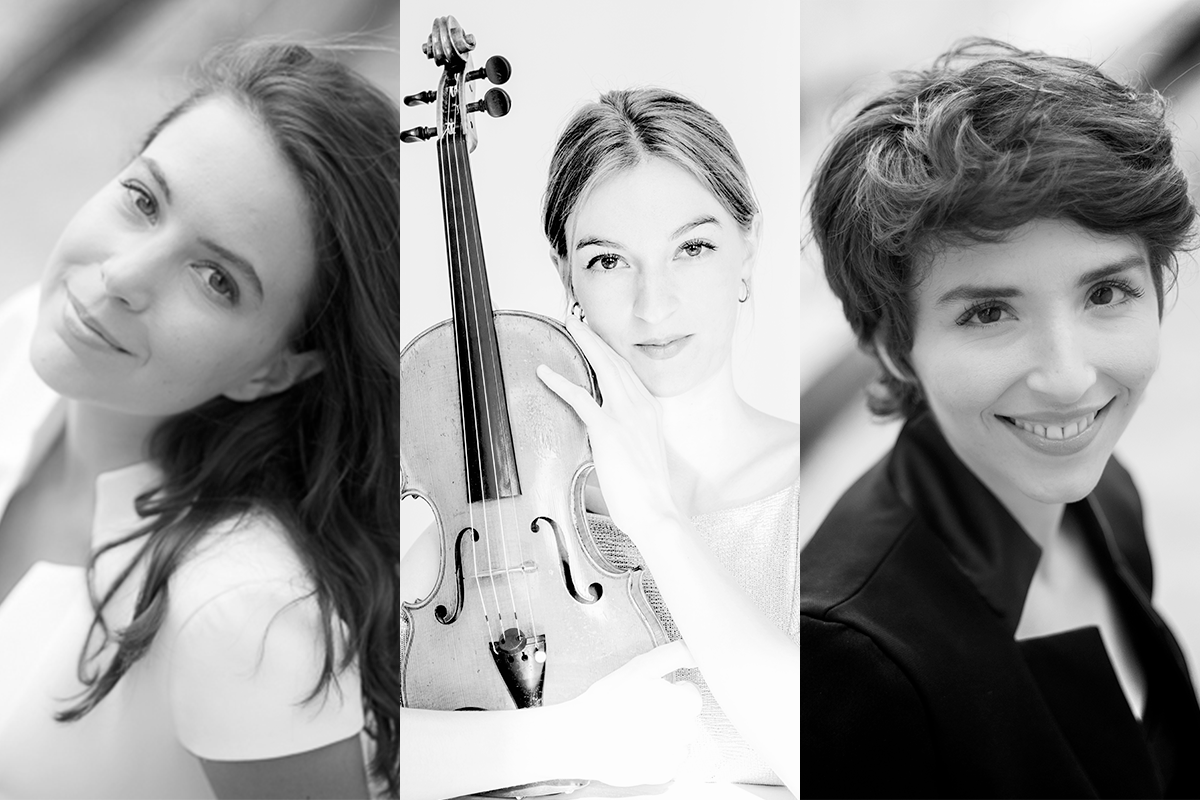 Has been Resident Artist since 2017

"A smashing entry (...) Fortune smiles on the bold ones who rise to the top of a high-flying discography". Choc Classica - March 2021

Trio Sōra's first disc, a triple album devoted to the complete Beethoven trios (Naïve - November 2020), imposes its resolutely modern style and interpretations that are as free as they are rigorous; unanimously acclaimed by the press (The Strad, les Echos, Gramophone, Deutschlandfunk Kultur...), it receives the most coveted awards - Choc Classica of the year 2021, Times Best Classical Music Album of the year 2020, Top Mezzo, Tak1 Gold.

Their version of the Op.70 Trio No.2 Les Esprits was recently voted best performance on France Musique's La Tribune des critiques de disque program. A sought-after group, the Trio Sōra has performed on the most prestigious stages: London's Wigmore Hall, the Beethoven-Haus in Bonn, the Verbier Festival, the Philharmonie de Paris, the Auditorium du Louvre, the Folle Journée de Nantes, and the Aix-en-Provence Festival. The Auditorium de Radio-France will host the next major project of the musicians: the creation in February 2022 of a triple concerto commissioned from Canadian composer Kelly-Marie Murphy, with the Orchestre Philharmonique de Radio France conducted by Mikko Franck. Another highlight of 2022 will be a series of concerts in collaboration with La Belle Saison on composers who are dear to them: Fanny Mendelssohn, Mel Bonis, Lili Boulanger, Lera Auerbach, Camille Pépin and Kelly-Marie Murphy. These two projects will be combined in their next album to be released by Naïve in the fall of 2022.

The trio is in residence at the Singer-Polignac Foundation & Dimore Del Quartetto and receives support from the Boubo-Music Foundation, Pleyel, the CNM, and the musical patronage of the Swiss Life Foundation.