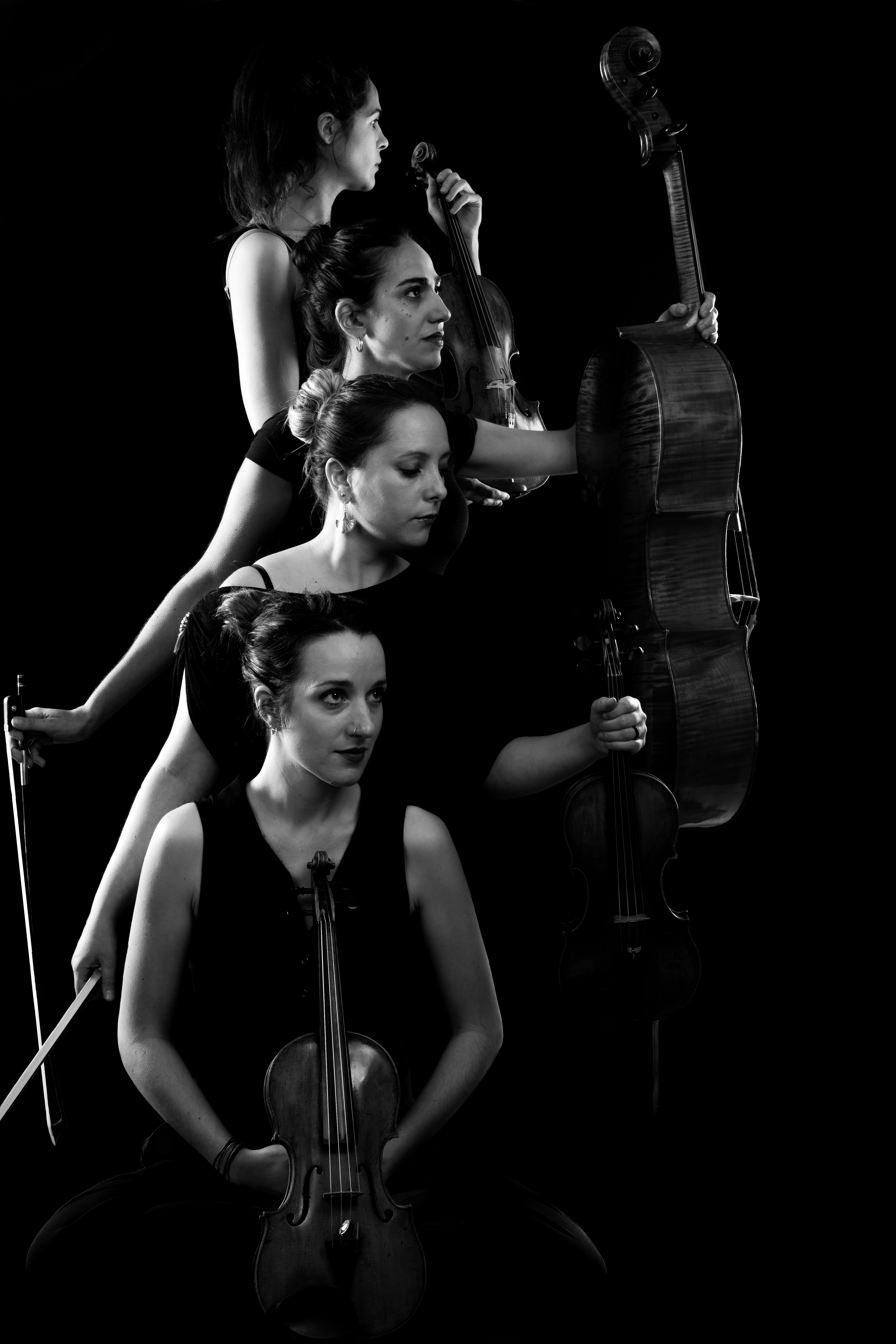 Has been in residency since 2014

Created in 2009 in Paris, the quartet has played at Wigmore Hall in London; the Berlin, Cologne, Essen, Paris and Luxembourg Philharmonics; the Bozar in Brussels; the Concertgebouw of Amsterdam, Bruges and Gand; the Théâtre des Champs-Élysées, Théâtre de la Ville, Théâtre des Bouffes du Nord and the auditorium of the Musée d'Orsay in Paris; the Koncerthuset in Stockholm; the Musikverein and Konzerthaus in Vienna; Barbican Hall in London; Jordan Hall in Boston; Téatro Colón in Bogota; the Sesc in São Paulo; the auditorium of the Forbidden City in Beijing and the Hong Kong Cultural Centre.

The quartet regularly tours in France and all over the world.

Since 2018, its members have been the artistic directors of the Luberon International String Quartet Festival.

The quartet thanks the music sponsorship of the Société Générale for the precious support imparted upon its inception.

Since 2013, the group has been in close collaboration with the label NoMadMusic, with which they recorded three albums quickly lauded by critics: ffff from Télérama for their Haydn album (2015) and the Choc Classica for their Franck-Chausson record (2017).

The four musicians decided not to specialize in only one repertoire, as they are convinced that the music of yesterday sheds light on the present, and that one cannot understand music of the past without living in today's.

Leslie Boulin Raulet plays a violin from the Tononi school lent by the French Instrument Collection.