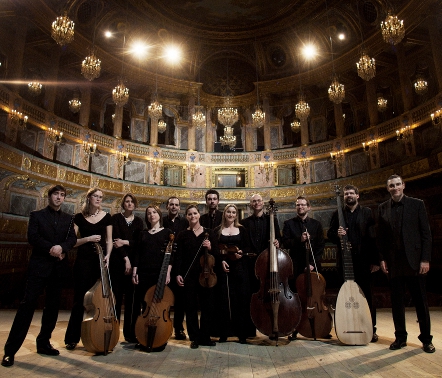 Have been in residency since 2012

In 1760, Jean-Philippe Rameau composed Les Paladins, ultimate masterpiece of the French Baroque spirit, deliberately set under a fantasy and imagination atmosphere. It was under this spirit that Jérôme Correas founded, in 2001, his vocal and instrumental ensemble which mainly explores the dramatic French and Italian musical repertoire of the 17th and 18th centuries.

Les Paladins' interpretation is resolutely theatrical. Thanks to his double training as a singer and a harpsichordist, Jérôme Correas developed a particular style and sound. This is the genesis of the work on the "Parlé-Chanté" which characterizes several of the ensemble’s projects, in particular the seventeenth-century Italian opera and the comic opera: an interpretative approach based not just on the sole writing of the score but also on the search of expressive and theatrical freedoms related to the language and its rhythms, a deep work on the rubato, the improvisation, the reflection of the colors of the voice and the instruments, the passage of the singing to the spoken voice...

Some of the highlights of recent years include the recreation of La Fausse magie, comic opera by Gretry with the Fondation Royaumont and the the Metz, Rennes and Reims operas with a staging of Monteverdi’s The Coronation of Poppea, by Vincent Tavernier, with Arcal, directed by Christophe Rauck, hailed by critics and represented 44 times. In 2011, Les Paladins recreated the first opera presented in France: L'Egisto de Mazzocchi and Marazzoli (Fondation Royaumont and Théâtre de l'Athénée), directed by Jean-Denis Monory; followed by Monteverdi’s “The Return of Ulysses in his Homeland” with Arcal, directed by Christophe Rauck, “Les Indes Galantes” by Rameau, directed by Constance Larrieu, that mixed singers and puppets and allowed the continuation of the work of mixing music with all other forms of artistic expression. Les Paladins then created "Molière à l'Opéra", a show about the collaboration between Molière and Lully, whose recording was released in 2016.

In 2017 Les Paladins have created two new shows: Viva España, at Perreaux’s CBDM, together with the choreographer Ana Yepes, a musical and choreographic voyage searching for dances and songs from Spanish Golden Age; and the Monteverdi’s opera “The Combat of Tancredi and Clorinda”, at the Cornouaille theater, Scène Nationale de Quimper, with the director Dan Jemmett. They are both on tour on 2018 and 2019.

In January 2019, Les Paladins have created at the Théâtre-Sénart, Scène Nationale de Lieusaint, Haendel’s opera “Amadigi”, a contemporary version, staged by Bernard Levy, created around the usage of video. The show will start touring during 2019’s first trimester.

Les Paladins are also ready to issue a rare version of the “Leçons de Ténèbres”, by François Couperin, for two tenors (under En Phases label, with release expected on autumn 2018).

Les Paladins are residents at the Opéra de Massy and at the Centre des Bords de Marne at Perreux-sur-Marne and at they are Associated Artists at the Fondation Singer-Polignac. 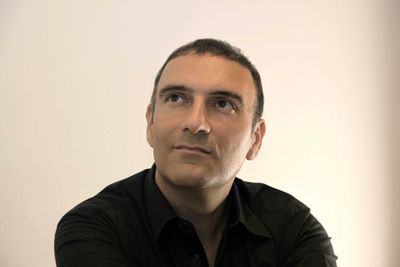 Jerome Correas started studying the piano at the age of five and soon he fell in love with the harpsichord. He, then, became the pupil of the great harpsichordist and musicologist Antoine Geoffroy-Dechaume whose teaching, based on improvisation and rhythmic flexibility, were a great influence on his career.

His curiosity for singing led him to present himself at the CNSM, in Paris, where he won the First Lyrical Art Prize in the class of Xavier Depraz, and the First Prize in Baroque Singing on William Christie’s class. Correas stands out at William Christie’s eyes, and started at the festival of Aix-en-Provence, under Christie’s direction, with Purcell’s “The Fairy Queen”. Together with that, he became a member of the Arts Florissants from 1989 to 1993.

Throughout his career, Correas favors the interpretation of the French melody that he sang in all over Europe and in the United States alongside Jean-Claude Pennetier, Claude Lavoix, Philippe Bianconi, Jean-Francois Heisser, Marie-Josèphe Jude, Jeff Cohen or Philippe Cassard.

In 2001, Jérôme Correas turned to conducting and founded Les Paladins, a vocal and instrumental ensemble dedicated to explore the 17th and 18th century operas from Monteverdi to Mozart.

With directors such as Dan Jemmett, Christophe Rauck, Vincent Tavernier, Vincent Vittoz, Irene Bonnaud, Mireille Larroche and Jean-Denis Monory, he created many French, Italian and English operas, from Monteverdi, Cavalli, Rossi, Marazzoli to Haydn and Paisiello, passing by Purcell, Marin Marais, Destouches or Rameau and Gretry. Les Paladins recorded about thirty records and performed in several theaters and festivals in France and abroad.

His experience as both a harpsichordist and a singer allowed him to present a very personal interpretation based on the theatricality, the breathing and the rubato, but also to manage a research on the art of the "Parlé-Chanté", particularly found in the Italian opera as well as on the 17th century and comic opera, two genres that are especially fond to him.

Naïve classique, out in march 2012