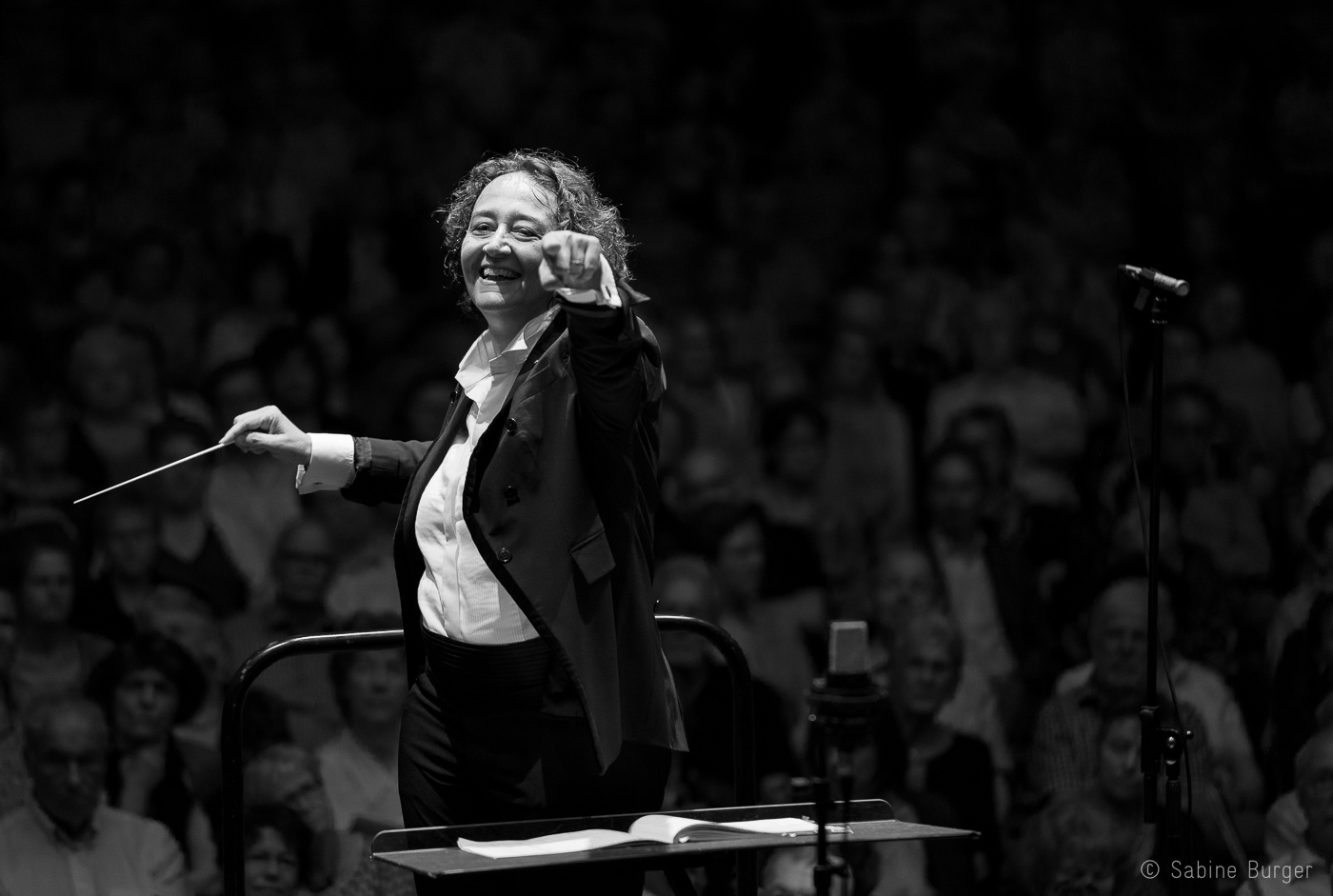 Has been Associate Artists since 2012.

Nathalie is considered one of the most outstanding musical personalities of our time, with parallel careers as a world-renowned contralto and as a rising star conductor. Charismatic musicianship, combined with the unique rigour, energy and fantasy characterise her style. As a conductor, her core repertoire is focussed around the Romantic era — ranging from Beethoven, Brahms and Dvorak through to the larger symphonic forces of Mahler, Strauss, Tchaikovsky and Wagner — as well as French impressionism.

Nathalie Stutzmann is also establishing a strong reputation as an opera conductor. This season she will conduct Tchaikovsky’s Pikovaya Dama at La Monnaie in Brussels. She recently conducted critically acclaimed performances of Boito’s Mefistofele at the 2018 Chorégies d’Orange festival in Provence. This followed an equally noted production of Wagner’s Tannhäuser (2017) at Monte Carlo Opera.

Proclaimed “the best contralto in the world” (BR Klassik), Nathalie has spent her career performing with the world’s greatest conductors and orchestras. Particularly acclaimed for her performances of Mahler, Brahms and Schubert, she is also a highly-praised recitalist. Nathalie has performed more than 300 recitals with Swedish pianist Inger Södergren, with whom she has also recorded several song cycles by Schubert, Schumann, Brahms, Poulenc and Chausson, among others.

In recent years she has recorded several highly acclaimed albums as a singer and conductor for Deutsche Grammophone and Erato: an album of Italian arias with “Quella Fiamma”, for which she was praised by Gramophone as being “one of the great baroque singers of our day”, “Heroes from the Shadows” (Handel), which was awarded a Diapason d’Or, “Une Cantate Imaginaire” (Bach), and “Prima Donna” (Vivaldi). Her next album, “Contraltos”, is due for release on Erato in 2020 and will feature arias sung by the great contaltos of the 18 th century, including La Robinson, La Vanini Poschi, La Giro, La Dotti, La D’Ambreville Perroni, La Negri. She will tour this programme during the fall 2020.

Nathalie started her studies at a very young age in piano, bassoon, cello and studied conducting with the legendary Finnish teacher Jorma Panula. She was mentored by Seiji Ozawa and Sir Simon Rattle (who says that “Nathalie is the real thing. So much love, intensity and sheer technique. We need more conductors like her”).

Nathalie now keeps each season a few projects as a singer, doing song recitals and performances with her Stutzmann Camerata.

In January 2019 she was admitted into the ‘Ordre National de la Légion d’Honneur’ (France’s highest honour) at the rank of Chevalier. She is also ‘Chevalier de l’Ordre National du Mérite’ and Officer of the ‘Arts et Lettres’ in France.

Nathalie is an exclusive recording artist of Warner Classics/Erato as both singer and conductor.