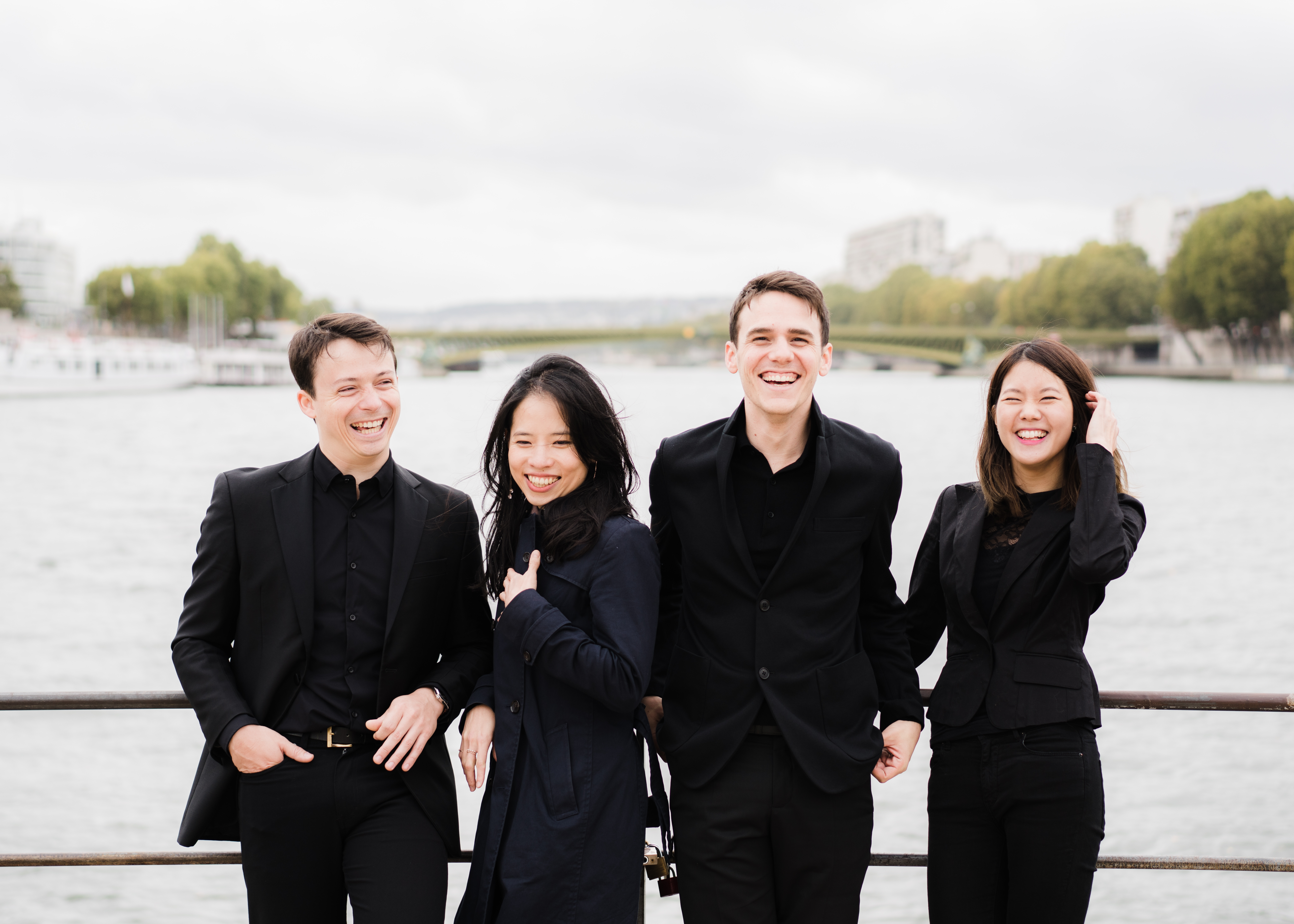 "One of the finest promising young quartets...I wish it a brilliant future", Alfred Brendel

Maturity, sincerity, finesse and intelligence are certainly the most suitable words to describe the Hermes quartet.

These qualities, very early noticed by Miguel Da Silva and the Ravel and Ysaÿe quartets, develop and maintain alongside Eberhard Feltz, Artemis Quartet and members of the Alban Berg Quartet.

Now, impossible not to be affected by the accomplice sensitivity linking the four musicians. A year after their training at the Conservatoire National Supérieur de Lyon, the first prize at the International Chamber Music Lyon 2009 reveals them, a special prize for their interpretation of "Ainsi la Nuit", Henri Dutilleux (SACEM prize). The charm works again in Geneva (first prize at the International Competiton 2011). At the same time, they are laureates of the Maurice Ravel Academy and the Charles Oulmont Foundation.

In November 2012, it's the consecration at the prestigious Young Concert Artist Auditions in New York. The four French win one of the first prizes, which opens the doors of the most beautiful american stages.

A great tour in the USA is scheduled for Autumn 2013, but in the meantime, the "windged" quartet continues to travel trough Europe. They performed in the Lockenhaus festival, at the Orangerie de Sceaux, Festival Radio France Montpellier or Crescendo festival in Berlin. Their music has also brought them beyond the borders of Europe, such as Japan and Egypt, great opportunities to share their passion.

During the Geneva Competition, Breguet Watches awarded them "Coup de coeur", offering the possibility to the Hermes quartet to record a first album (released in November 2012 under the label Nascor), in which they interpret two major works of Haydn and Beethoven