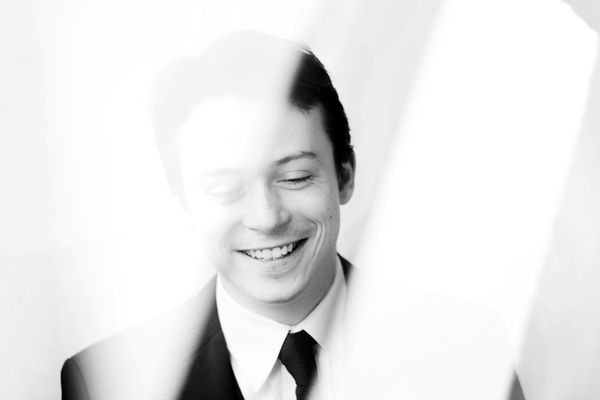 Has been an associated artist since September 2016

A prize winner of some of the most prestigious international cello competitions, such as the Rostropovich and Queen Elisabeth International Competitions, Yan Levionnois stands out by his inquisitive mind which incites him to diversify his artistic experiences.

Immersed in a musical environment from an early age, he began playing the cello with his father before going on to study with Philippe Muller in Paris, with Truls Mørk in Oslo and at the Juilliard School of Music in New York with Timothy Eddy. His career quickly led him to meet and share the stage with artists from all backgrounds, such as David Grimal, Nicholas Angelich, Pierre Fouchenneret, Léa Hennino, Richard Galliano and Elliot Jenicot. Since 2016, his enthusiastic collaboration with the pianist Guillaume Bellom has led them to often appear in recital. He also regularly performs in trio with Guillaume Chilemme and Nathanaël Gouin. Finally, in 2019 he became a member of the Hermès Quartet, exploring a repertoire of an inexhaustible richness.

Equally at ease in the concerto repertoire, he has performed as a soloist with the London Philharmonic Orchestra, the Orchestre National de France and the Orchestre National du Capitole de Toulouse, under the baton of conductors such as Heinrich Schiff, Daniele Gatti and Dimitry Sitkovetsky. An all-round musician, he regularly plays as a principal chair member in the conductor-less ensemble “Les Dissonances”, tackling with them the great orchestral scores, from Beethoven’s Symphonies to the works of Stravinsky, Bartók and Ravel.

These various experiences have nourished his already abundant discography, which includes about fifteen opuses and was unanimously acclaimed by the press and the public alike, since the release of his first CD dedicated to the solo cello repertoire of the 20th and 21st centuries. As a strong defender of the music of his time, he has worked with many contemporary composers. The première of Richard Dubugnon’s Concerto for cello and wind orchestra was the subject for the movie Ce qu’il faut de silences, directed by Thierry Augé. Also noteworthy are his recordings of Camille Pépin’s The Sound of Trees, a concerto for cello and clarinet, and Dolmen, a work for solo cello composed by Kryštof Mařatka.

In a different field, his collaboration with the composer Romain Trouillet led him to record many soundtracks intended for theatre and cinema, such as the shows of the mentalist Viktor Vincent or the music for the short film Homesick by Koya Kamura.

Fond of Arthur Rimbaud’s poetry, he designed Illuminations, a show mixing poems from the eponymous album with Britten’s Suites for solo cello, in which he himself appears as the narrator, and which has also been recorded on CD.

He was very fortunate to be involved in the making of his cello, made by Patrick Robin, and to play with a bow made for him by Yannick Le Canu. Since 2016, he has been an associate artist with the Singer-Polignac Foundation in Paris.