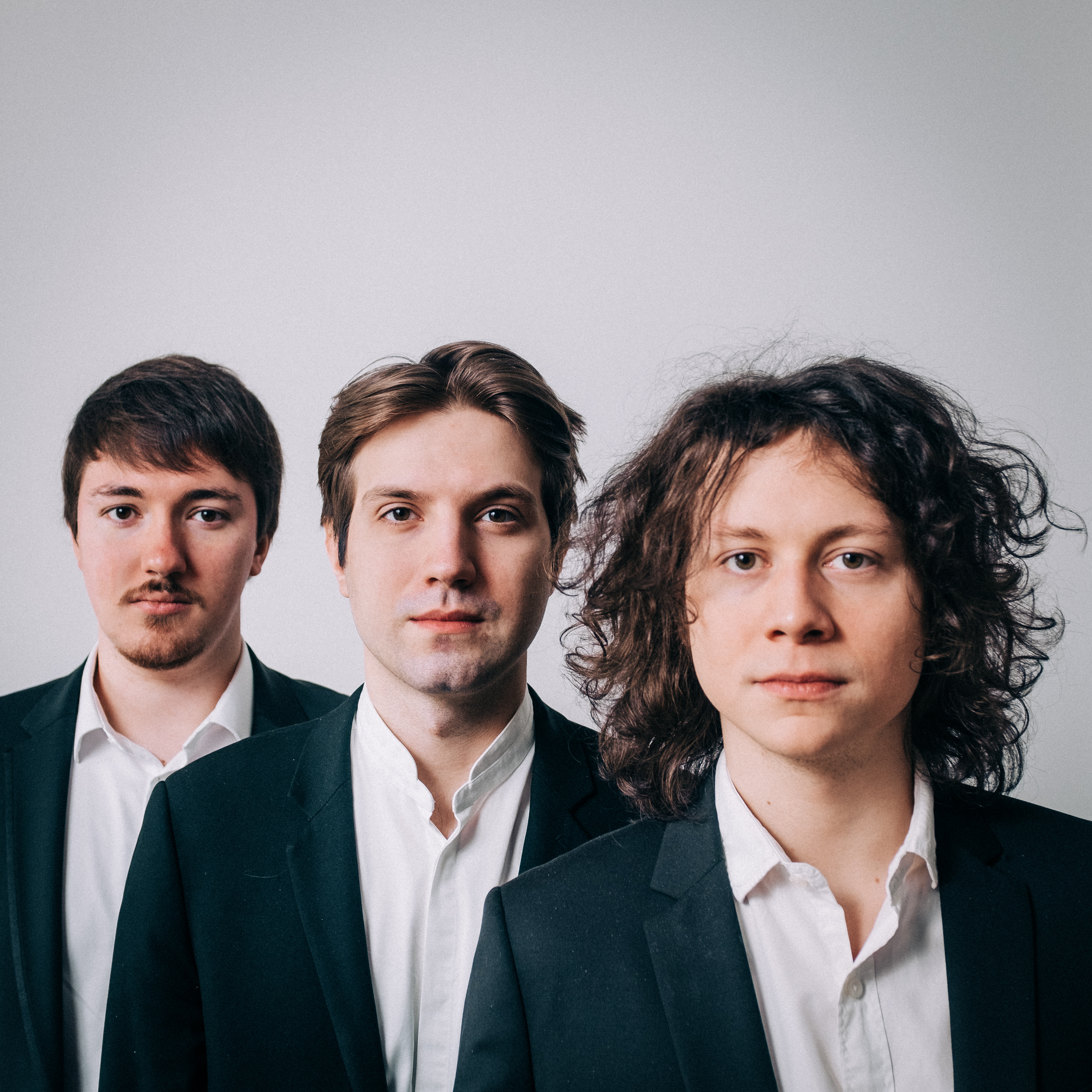 has been in residency since 2014

It is through the meeting of these three young soloists that the Trio Messiaen was born in 2014.

All three graduated of the CNSM in Paris and winners of prestigious competitions (Jascha Heifetz competition, Felix Mendelssohn competition, Rodolfo Lipizer contest, competition of the societa umanitaria di Milano and Gabriel Fauré contest), they unite their musical personalities at the service of this joint project sealed by a friendship born between the walls of the Conservatoire.

The Trio Messiaen is thrown on the international stage after winning in 2018 – unanimously with congratulations from the jury – the 1st Prize of the International Chamber Music Competition of Lyon, as well as 5 special prizes.

Already acclaimed and distinguished by the media, the Trio Messiaen performs among others at the festivals de la Roque d’Anthéron, Deauville, Bélaye, Povoa de Varzim, at the Folles Journées in Nantes and Tokyo, at La Folle Nuit de Grenoble, and is the guest of France Musique for the show Plaisir du Quatuor hosted by Stéphane Goldet.

In 2019/20, the Trio Messiaen is amongst others the guest of the Festival Radio France Occitanie Montpellier, the Besançon International Festival, the Philharmonie de Paris, the Festival Musique en Eté in Geneva, the Auditorium du Louvre, the Grands Concerts in Lyon, the Septembre Musical de l’Orne, La Belle Saison, the Sociedad Filarmonica de Valencia…

Accomplices since their debut with the clarinetist Raphaël Sévère, they approach together the repertoire of the quartet in “Messiaen formation” of which the famous Quartet for the end of time is the masterpiece.

Their first recording in this formation has been released in 2018 (Mirare) and is naturally devoted to Olivier Messiaen’s Quartet for the End of Time and Thomas Adès’s Court Studies from the Tempest.

The Trio Messiaen is in residency at the Singer-Polignac Foundation since 2014.