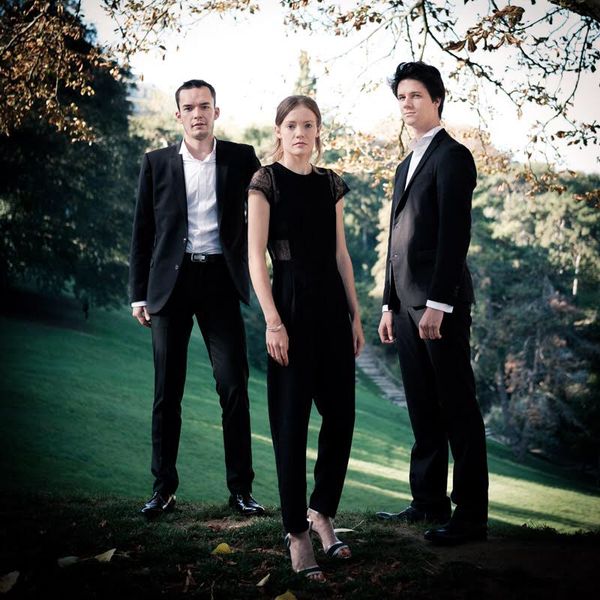 has been in residency since 2018

Founded in 2018, the Xenakis Trio is composed of three percussionists who graduated from the Paris Conservatoire: Adélaïde Ferrière, Emmanuel Jacquet and Rodolphe Théry.

The name of the trio pays tribute to Iannis Xenakis (1922-2001) who was one of the first composers to give percussion the part of any soloist or chamber instrument.

The trio explores the XXth century repertoire as well as the contemporary one, thanks to close collaborations with young composers such as Nicolas Fox or Othman Louati.

During the season 2018-2019, the trio was invited by the Festival de Pâques in Deauville and the radio show Génération France Musique at La Maison de la Radio in Paris.

Lately, the trio was chosen to join the new production of Euripide’s Electre/Oreste directed by Ivo van Hove, at the Comédie Française in Paris, from October 2019 to February 2020.

concerts at the Fondation Singer-Polignac