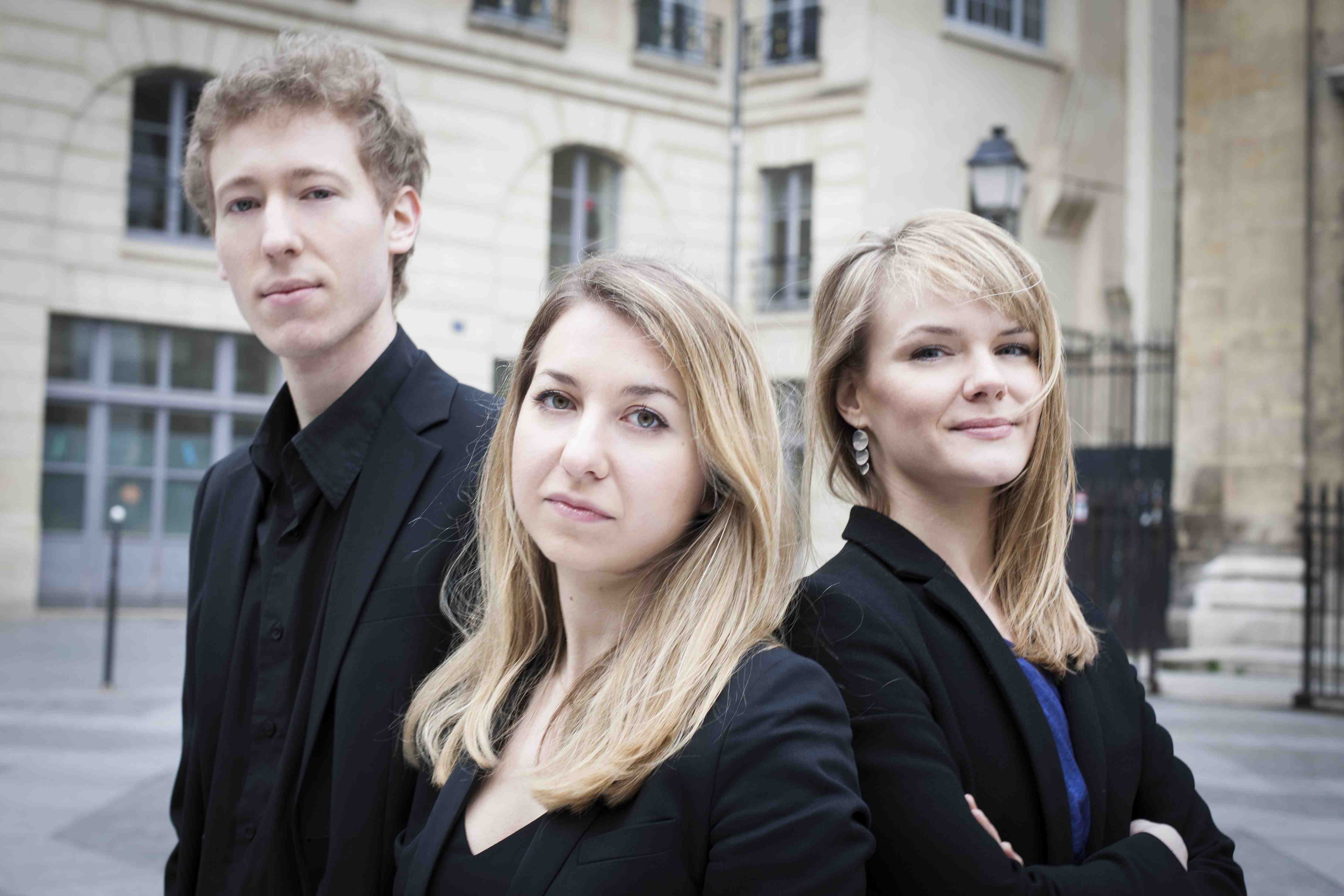 Has been in residency since July 2018

In September 2014, less than a year after its formation, the ensemble received the Grand Prix of the Académie Ravel of Saint-Jean-de-Luz. In March 2015, the trio won the second prize at the sixth International Joseph Haydn Chamber Music Competition in Vienna. A few months later, the musicians won the Second Prize of the 7th Melbourne International Chamber Music Competition in Australia. This award launched their international career.

Since 2014 they have been perfecting their skills in the chamber-music class of Miguel da Silva and the Wanderer Trio at the Conservatoire de Paris.

Artists in residence at the Queen Elisabeth Music Chapel in Belgium since 2015, they have been honing their talent in the classes of both Miguel da Silva and the Artemis Quartet. They have also benefited from the advice of internationally renowned artists such as Régis Pasquier, Jean-François Heisser, Itamar Golan, Philippe Bernold and the Ébène Quartet.

They have taken part in radio broadcasts on France Musique, ABC Classical Australia and SBS. They have performed in venues such as La Philharmonie de Paris, La Salle Gaveau, the Louvre Auditorium, the Théâtre des Bouffes du Nord in Paris, the Melbourne Recital Centre and the Haydn Saal in Vienna. They have also participated in several festivals, among which La Roque d’Anthéron, the Festival de l’Orangerie of Sceaux, the Ravel Festival in Monfort l’Amaury as well as the Russian Classics Festival held at Flagey in Brussels.