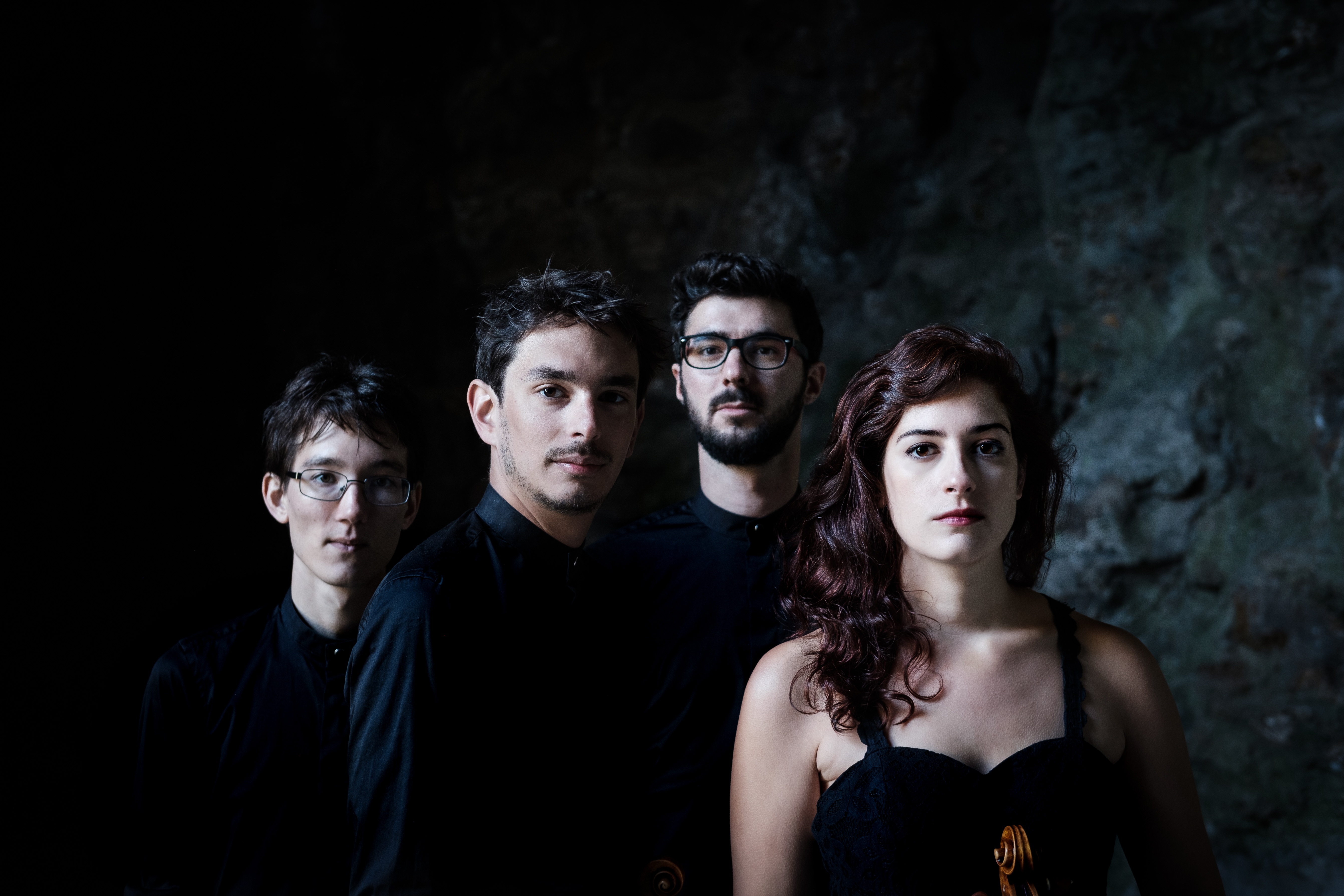 Has been in residence since 2015

Founded in 2013 at the Paris Conservatoire national supérieur de musique, the quartet has graduated (Masters Degree) in Jean Sulem's class (Rosamunde Quartet). In 2015, the musicians attended Johannes Meissl's class at Vienna's University of the Arts.

The quartet is a member of the European ChamberMusic Academy after having done the Manchester and Grossraming (Austria) training sessions. The ensemble has worked with Hatto Beyerle, Johannes Meissl and Avo Kouyoumdjian and is currently benefiting from the advices of Mathieu Herzog, Miguel Da Silva and the Ebène quartet.

The quartet has performed in large halls such as the Wigmore Hall, the Victoria Hall, the «Auditorium de la Maison de la Radio» in Paris, the « Opéra de Lyon », the « Salle Cortot » or the « Cité de la Musique ». The ensemble is regularly invited all over Europe (Germany, Norway, England, Austria, Italy, Swizerland, Portugal, Morocco…).

Strong supporters of contemporary music, the quartet has performed Matthias Pintscher's Figura IV at the IRCAM « ManiFeste » festival, Paris and enjoys performing with other orchestral ensembles such as Appassionato directed by Mathieu Herzog and the Erasme Ensemble.


Concerts at the Fondation Singer-Polignac